If you lookup group delay on Wikipedia, you'll find the following definition:

"Group delay is the time delay of the amplitude envelopes of the various sinusoidal components of a signal through a device under test (DUT)."

Where various can be thought of as assorted or mixed.

The first time I read that, my initial thought was: "Come again?". I mean seriously, what does that even mean?

During the past three years, this long-dreaded article has been slowly taking shape in my mind. Finally, I have found the courage to write it because frankly, I don't know if I even understand it myself. So here goes nothing. 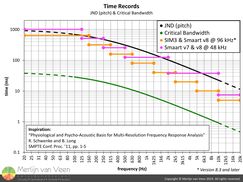 "Blindly accepting a transfer function without knowledge of the details of the time record that produced it is all too common, and using such can make good gear perform poorly"

This quote by Pat Brown of SynAudCon (among others) was brought to my attention by fellow instructor Fedele De Marco who posted it on his Facebook page Il Lato Oscuro della Fase (The dark side of phase).

Pat Brown makes a good point that inspired me to write a series of articles about the considerations involved in determining the appropriate length of a time record and why some FFT analyzers make use of multiple time records at once. 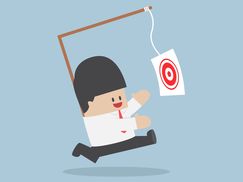 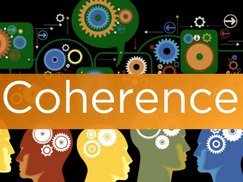 Coherence is a common feature found on many analyzers enabling us to distinguish signal from measurement contamination. It will indicate whether you're measuring a loudspeaker or, e.g., the noise produced by a moving light.

Coherence is subject to change. One of the aspects involved (among others) that we’ll explore in-depth, is the relationship between the direct sound of a loudspeaker in a room and the room’s reverberation.