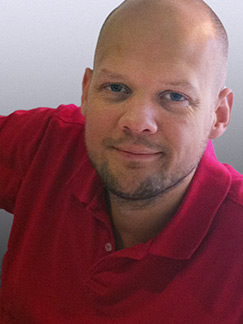 Merlijn van Veen was born on April 5, 1978. After high school, he studied studio recording and jazz piano for 4 years at the Royal Conservatoire in The Hague.

After his studies he worked for 4 years at the Dutch Broadcast Company, later called Dutchview and now NEP, where he was sound engineer for television reality shows such as 'Big Brother' and 'The Bus'.

Afterwards he worked for 10 years with Harlekijn Holland, the company of renowned European singer Herman van Veen, where he was responsible for all live concert sound.

At the time he mixed more than 150 performances a year, both indoor and outdoor, in the Netherlands as well as abroad. He has had the privilege of working with national and international artists in prominent and acoustically challenging venues.

He has gradually developed a talent for musically and naturally amplifying the human voice and classical instruments such as violin, grand piano and Spanish guitar.

In 2016 he chose to become self-employed to make himself available for education as well as various other projects.

During his career, Merlijn van Veen fell in love with sound system technology. In gratitude for the knowledge and experience shared by industry veterans such as Bob "6o6" McCarthy and Mauricio "Magu" Ramírez, he has started his own education program.

"If I have seen further it is by standing on the shoulders of Giants."

Over the years he developed several spreadsheets to aide in the process of teaching. Most notably the Subwoofer Array Designer which was featured in Live Sound International Magazine and has been downloaded thousands of times all over the globe.

He was principal teacher for sound reinforcement at the Royal Conservatoire in The Hague (The Netherlands) for the "Art of Sound" under- and post-graduate education from 2016 through 2018.

Merlijn is a full member of the AES and moderator of the "Test & Measurement" board of the ProSoundWeb LAB forums.

In 2015 Merlijn was one of few people (acknowledgements) who got to provide ongoing aid and support to Bob McCarthy working on the 3rd edition of his book "Sound Systems: Design & Optimization". A book recognized worldwide as the definitive guide on sound system design and optimization.

As of June 1st 2018, Merlijn works as Senior Technical Support and Education Specialist for Meyer Sound.