Are tone bursts a good proxy for kick drums at lower frequencies?

I prefer to use tone bursts for revealing timing issues such as (time‑­)smearing at low frequencies. In this article I will elaborate why I feel that tone bursts are reasonable proxies for kick drums at lower frequencies.

Some while ago, I wrote an article where I claimed that time‑smearing is functionally inaudible for gradient cardioid subwoofer arrays (CSA) within their usable frequency range.

In order to be able to appreciate this, it is super important to realize that gradient CSAs, unlike End-Fire CSAs, have a clearly defined but limited usable frequency range, and when you expose yourself to sounds outside this band, everything that is objectionable indeed becomes audible to me as well as to you.

In said article, I try to prove my point by using tone bursts exclusively within the array's usable frequency range which led a fellow instructor and dear friend of mine, whose opinion matters to me, to comment that tone bursts are "...invalid for hearing tests..." and I should listen to a Roland TR-909 kick drum instead.

I asked my friend to send me what is considered the ultimate "golden standard" 909 kick drum sample. I was sent about a thousand different samples 😂.

If I were to listen to a gradient CSA using any of these audio samples without further processing. I would expect to become aware of the time‑smearing and object. However, I would also be listening to the entire audible band, or what is left over of it, after it went through the subwoofers, and while doing so, be as much as 40 dB more sensitive to the higher bass- and low‑mid frequencies outside the array's usable frequency range. I would end up obsessing about the wrong frequencies. 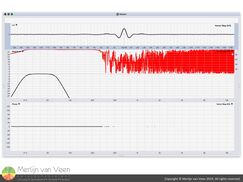 Figure 1If I want to have a less biased and fair chance at evaluating any time‑smearing, using my ears and 909 samples, I feel that the signal(s) should first be band‑limited to the frequency range of interest using a linear phase filter (Figure 1).

The video below shows a subset of all 909 samples in a DAW, where Track 1 contains the unprocessed files, Track 2 the same samples convolved with the linear phase filter, and track 3 a series of Tone Bursts.

Given the low-frequency content, be sure to use full-range loudspeakers or headphones.

Notice that the unprocessed files feature a very defined attack or step at the start of their waveforms. The processed versions however, feature a much more gradual attack that takes about 3 cycles (which at 50 Hz is 60 ms) before starting to decay. It appears that the sudden attack or step is primarily a function of mid- and high frequencies which also live outside the gradient CSA's usable frequency range.

Notice that the tone bursts in Track 3 cosmetically appear to be in reasonable agreement with the processed 909 samples. Evidently, the 909 samples sound more sustained, but the attacks look promising.

I deliberately refrain from acknowledging all audible differences, but will list a few obvious ones nonetheless: 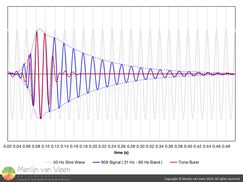 Figure 2I care more for the bigger picture and the comparison of overall shapes. Figure 2 shows a single processed 909 sample (blue) and it's obvious that we're dealing with a finite carrier wave that features an amplitude envelope. In "Group Delay 101" I demonstrate how a finite carrier wave with an amplitude envelope applied to it, stops being a pure tone and becomes a group of frequencies.

Compared to a 50 Hz sine wave (grey), the processed 909 sample shows remarkably little dispersion. Notice that the carrier wave is somewhat of a swept sine wave, where the higher frequencies whose time period is shorter live at the beginning of the waveform (group leaders), whereas the lower frequencies whose time period is longer live at the end of the waveform (group trailers). 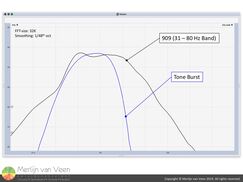 Figure 3A tone burst, gated sine wave or wavelet (red line in Figure 2), is also a finite carrier wave with an amplitude envelope applied to it, whose spectral bandwidth is inversely proportional to its duration. Figure 3 confirms that the tone burst's bandwidth differs by roughly 1/3rd octave.

Other than that, both waveform and spectrum are in reasonable agreement which is why I feel that tone bursts are reasonable proxies for kick drums at lower frequencies.

After all, gated sine waves are a tried‑and‑tested method to beef up a wimpy sounding kick drum.

If anything, a tone burst is typically less sustained and more transient, making it a better candidate (in my opinion) for revealing timing issues.

My friend and I might agree to disagree, but will continue to be friends 😉 Thanks for challenging me 🤓