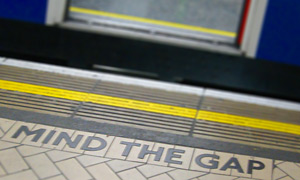 A short time ago I was very fortunate to have gained access to a former air force base featuring ample real estate with a solid underground.

An ideal environment for subwoofer measurements where I got to measure all typical inverted stack cardioid setups.

And while I’m still in the middle of processing all data, I would already like to share one preliminary but potentially interesting observation.

All measurements were conducted in half space at a distance of 32 m (105 ft) using matched microphones with correction curves shock-mounted inside modular windshields (bottom left corner figure 2) with windjammers that suppress wind noise by 30 dB.

The basket of a windshield is relatively small in comparison to the wavelengths of interest and will act like a pressure chamber free from standing waves due to its unique shape. With shield and jammer in place, I measured 0,5 dB of linear attenuation in the frequency range of interest.

The signal coming out of the microphones was monitored at all times using headphones. Temperature throughout the day was 18 °C ± 1 °C. All measurements exhibited 97% coherence or more in the decade between 20 Hz and 200 Hz which translates to approximately 30 dB SNR. 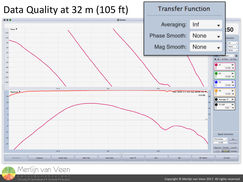 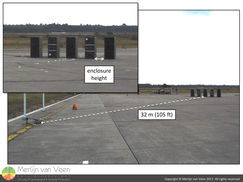 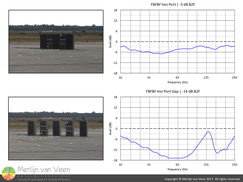 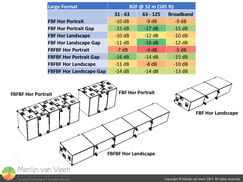 figure 4The quality of the data without any smoothing is amazing as can be seen by looking at one of several hundred traces in figure 1.

When we stack subwoofers either vertical or horizontal we effectively build a wall. A wall that’s relatively big, even for wavelengths the size of shipping containers at 30 Hz to Mini Coopers at 125 Hz.

Out of suspicion, I decided to introduce one-enclosure-height (wheel board) gaps between adjacent subwoofers to observe the effect (figure 2). The outcome was quite exciting.

Figure 3 shows the normalized relative back-2-front level difference for a horizontal portrait orientated FBFBF stack without and with gaps. The latter’s performance is on average 3 times better!

This increased performance is also observed in other arrangements shown in figure 4. Without exception, the rejection is better with gaps.

Size of the gaps

The trade-off of the gaps is increased lobing, particularly at higher sub frequencies, due to the increase in physical displacement between the sources.

The challenge becomes to determine the minimum required gap size for improved rejection without a noticeable increase in lobing.

Fellow instructors, with who I shared my preliminary findings, started experimenting with air gaps between adjacent enclosures as little as the size of a fist and report improved rejection.

My own observations during Part II seminars confirm this. I intend to further experiment with simple spacers between vertically stacked subwoofers and it might very well turn out that even the casters underneath a dolly or wheel board could prove advantageous.

These field tests would not be possible without the support and help of the people and companies below. Thanks a million!!!

Special recognition goes to Dico ter Maten for driving the truck and making sure that all equipment was running and working as advertised.

This article is also featured in the December 2017 edition of Live Sound International magazine.