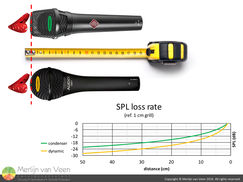 figure 1A lot of people feel that condenser microphones are more sensitive than dynamic microphones and therefore pick up “everything” e.g. stage wash and noise.

Sensitivity however, is nothing but a constant conversion rate from pressure to voltage and more important, it is distance independent. Contrary to popular belief, it is not the reason for picking up “everything”.

Most condenser microphones are indeed more sensitive. The Neumann KMS 105 with 4.5 mV/Pa is 15 dB more sensitive than the Audix OM7 with 0.8 mv/Pa. 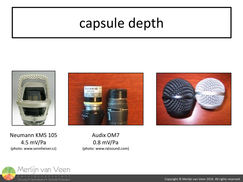 figure 2Most artists will judge their distance to the microphone, based on the microphone grill. Not the actual position of the, often hard to see if not invisible, microphone capsule which in most dynamic microphones is typically closer than in condenser microphones (figure 2).

The chart in figure 1 showing SPL loss rates, clearly shows that the greatest rate of change occurs within the first 10 cm. This makes dynamic microphones much more responsive to a change in distance which is the reason why artists need to maintain their distance and stay on top of dynamic microphone.

So in a way, one could argue that condenser microphones are actually less “sensitive” to these issues.

Because of the Neumann KMS-105’s capsule being removed twice as far (-6 dB) in comparison to an OM7, electronic compensation of the SPL loss due to increased distance, not only raises the level of the direct sound but also the level of the indirect sound ergo “everything” else.

These relative differences between dynamic and condenser microphones are most notable in very close proximity to the grill, where the offset in capsule depth is still relatively big.

At greater distances the offset becomes trivial which is apparent from the way how the loss rates in the chart start to run parallel to each other.

Capsule depth is the reason why a dynamic microphone makes sense on a loud and/or noisy stage provided the artist stays on top of it! Otherwise the advantage is quickly lost.

The actual microphone’s sensitivity has nothing to do with this behavior which is why I would like to suggest avoiding the word sensitivity in that particular context and exchange it for e.g. “responsiveness” for lack of a better word... 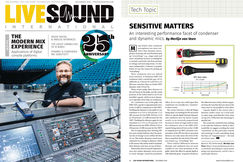 This article is also featured in the December 2016 edition of Live Sound International magazine.

Watch Dave Rat's video below to hear the effect of capsule depth for the microphones used in this article.